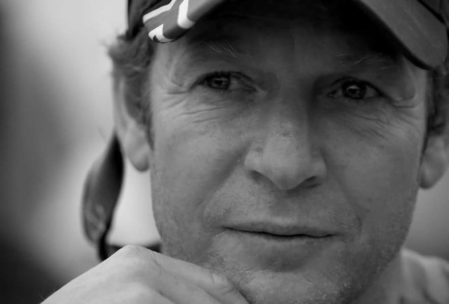 GREAT WHITE SHARK EXPERT
Craig worked for the White Shark Research Project of the SA Natural History Museum from 1990 to 1995 as Operations Director. He was part of the team that had the white shark protected in 1991. From 1995 to 2007 he was director of the South African White Shark Research Institute. In 1998 he established White Shark Projects and in 2007, White Shark Africa. He is a world figure in the arena of white shark research, white shark attack and marine conservation.

SPEAKING
Craig believes that humans have infinite potential to perform beyond self-imposed limitations, and that it requires awareness and understanding of these limits in order to transcend them and work on a higher level. In his personal experience and in observing his teams, he has grown to understand human behaviour in extreme environments. Through his work with white sharks – large and potentially dangerous animals that live in a foreign and challenging environment – Craig is able to draw interesting correlations to human and corporate performance.

Craig is both an academic and international, professional corporate speaker. He has lectured around the globe; including the universities of Cambridge, London and Stockholm. As a professional inspirational, business and human performance speaker, he has spoken in Africa, Europe, North America and Asia. His expertise includes Human Motivation, Adaption and Understanding Fear.

He was also guest of honor and speaker at the prestigious Royal Geographic Society, in London.

WRITING
Craig has written numerous books. The Shark, Great White Sharks on Their Best Behaviour, Vatican Blood, Victoria’s Secrets, Rich Mind – Rich Life and a series of short personal performance books. He co-authored One Goal, Many Paths and contributed to The Biology of, Carcharadon Carcharias.

SAILOR
As part of his quest for understanding human performance and motivation and also the realizing of a dream, Craig has sailed around the world with his family on their forty five foot catamaran.

CAREER HIGHLIGHTS
In 1998 Craig was Star of the UK Dive Show. Perhaps his most proud recognition of his work came from The Royal Geographic Society when they invited him as guest of honor and speaker. He has worked with Nicholas Cage, Ace of Base, Sam Elliot, Michael Phelps, Sir David Attenborough, National Geographic, History Channel, BBC, Discovery Channel, Pro 7, ZDF, NBC and numerous other television networks. He was also a guest on the Blue Peter Show.